A Call to All Governments: Work Together Now to Stop Cyberattacks on the Healthcare Sector

We call on the world’s governments to take immediate and decisive action to stop all cyberattacks on hospitals, healthcare and medical research facilities, as well as on medical personnel and international public health organizations. To this end, governments should work together, including at the United Nations, to reaffirm and recommit to international rules that prohibit such actions.

Over the past weeks, we have witnessed attacks that have targeted medical facilities and organizations on the frontlines of the response to the COVID-19 pandemic. These actions have endangered human lives by impairing the ability of these critical institutions to function, slowing down the distribution of essential supplies and information, and disrupting the delivery of care to patients. With hundreds of thousands of people already perished and millions infected around the world, medical care is more important than ever. This will not be the last health crisis. For now and for the future, governments should assert in unequivocal terms: cyber operations against healthcare facilities are unlawful and unacceptable.

We don’t tolerate attacks on health infrastructure in the physical world, and we must not tolerate such attacks in cyberspace – whether in times of peace or in times of conflict. We stand with the International Committee of the Red Cross in support of its call to protect medical services and medical facilities against cyberattacks of any kind. We call on governments to work together and to join forces with civil society and the private sector to ensure that medical facilities are respected and protected, and to hold perpetrators accountable. Above all, governments should take action and stop cyberattacks on hospitals and medical facilities.

The time to act is now.

Nandan Nilekani, Non-Executive Chairman of the Board, Infosys

*In signing this Statement, I also urge the convening of the special session of the UN General Assembly to discuss cessation of armed conflicts and reduction of military budgets. Mikhail Gorbachev

For more information about the initiative, please contact the CyberPeace Institute at [email protected]. 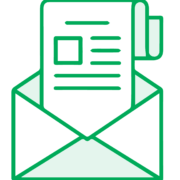 To follow our latest news and stay up to date on the main topics in the cyberspace, subscribe to our newsletter.